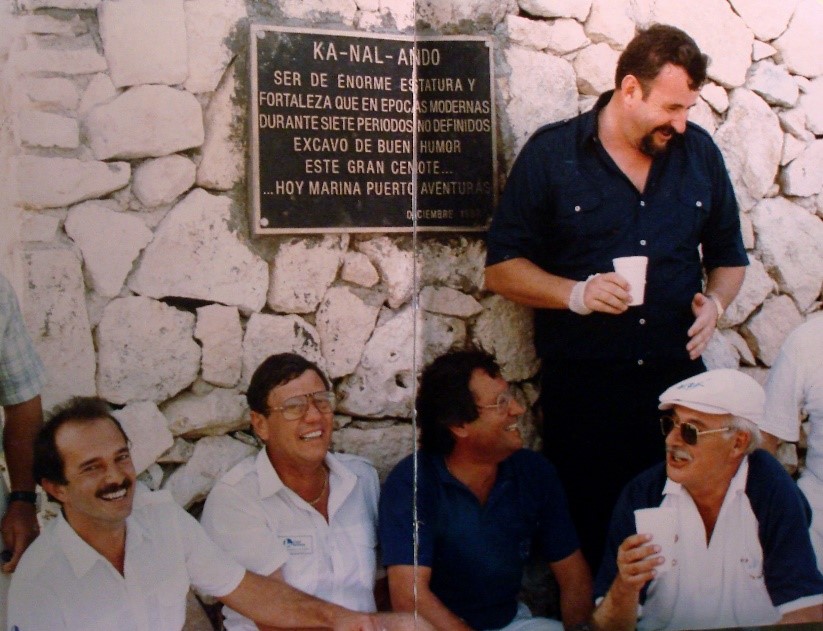 The original Master Plan for Puerto Aventuras did not include Marinas.  Bill Van Wielink from Holland came into scene to include them and brought with him Paco Lando, the number one nautical builder in Mexico.

¨Ka-nal” … for channel with ¨K” common in Mayan language. ¨Ando” for his last name, Lando.  ¨Enormous in height and fortitude” … see photo .  ¨seven undefined periods” …typical of contractors.  ¨In good humor”…as he does everything in life.  ¨Great Cenote”… Typical in the  Península with shape of a Marina.

Ka-nal-Ando is the given name to the Navigation Channel communicating our Marina Puerto Aventuras with the CARIBBEAN SEA.

Rishi Sowa, British ecologist decided that the only way to own his tropical island was to build it himself.

He asked authorization to Puerto Aventuras and it was granted based on the fact that nobody believe he would build it.

He gathered thousand of empty plastic bottles, putted them in nets sewing them together forming a floating platform that was later covered with bamboo, black soil and sand to plant mangle and coconut palms. When the Island reach 30 meters in diameter he built his house in two levels with ecological bathroom, rain shower, solar oven and a huge round bed with pavilion to avoid mosquitos. 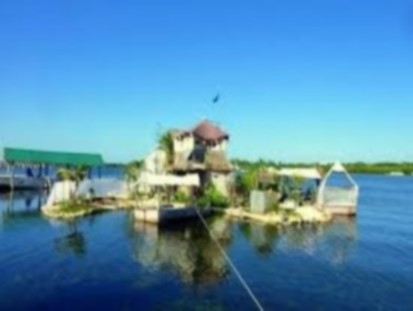 It began as a floating island on empty bottles, he added five keels to rotate with the current turning it into a “Spiral Island” 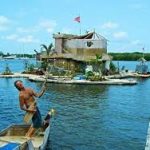 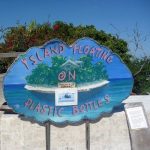 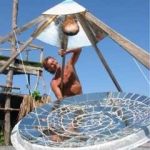 Rishi:  I have my own Tropical Island with no nationality but with a flag.  It takes me where there is peace and not war, where people are good and weather noble.  Where the world will extend me its welcome.