When the deal was closed on the land to develop Puerto Aventuras, it included “Casa de Visitas” at Caleta Chac-Hal-al owned by Don Anibal de Iturbide, a well-known banker who promoted the Mexican Caribbean well before Cancun by bringing celebrities and important guests to visit and fall in love with the area. The place became well known in high circles attracting among others Mrs. Jacqueline Kennedy who spent an enjoyable week and left us a letter we treasure; also Reza Pahlevi, Shah of Iran and family who enjoyed horseback riding at night and Don Amancio Ortega (Zara) who took recipes from our local chef. 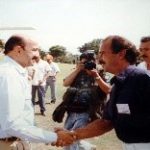 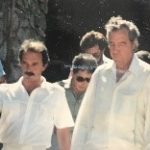 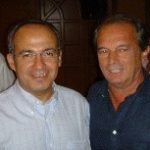 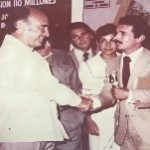 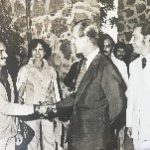 Puerto Aventuras hosted the Miss Universe Pageant in 1989. Holland contestant Angela Visser, was crowned winner and became part-time resident when she was awarded a condominium in our Marina.

Actress Yvette Mimieux enjoyed Puerto while we did the project for her Hacienda in Sian-Kaan.  Mexican actress Ana Claudia Talancon, who starred in a number of Mexican movies as well and appeared on the American big screen, lived and went to school with us.  Renowned guitar player Paco de Lucia also lived with us while we built his house in Xpuha. More recently, Morgan Freeman enjoyed playing a daily round on golf in anonymity; Marc Anthony chose our place to film a video while Justin Beiber came to relax on our beach.

First luxury Yacht to visit our Marina was actor Nick Nolte who appeared in good company.  Bill Gates with working staff and Andrei Melnichenko and wife (Russian billionaire) were also hosted in our Marina while they visited the coast.

Mike Madden, pioneer cave diver and resident of Puerto Aventuras, owned the CEDAM Dive Center at the Beach Club. He discovered the world’s longest underwater cave system in 1990 and established a new Guinness World Record for cave diving in 1996. His explorations brought prestigious scientists, and reporters like National Geographic, Ripley’s Believe it or not to our community. His films and photos may be seen in our Museum.

Admiral Jacques Cousteau worked with CEDAM and left us the underwater chamber in front of our Museum as a gift. His son, Jean Michel Cousteau, was our guest to dive the area and Sir Robert Marx (Author of several books on treasure hunting) helped design our museography. 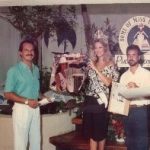 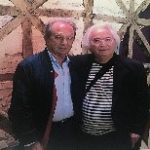 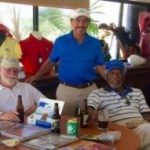 Over the years, many celebrities and influential people have visited or lived in Puerto Aventuras drawn by its simple concept, as a private secure community surrounded by awesome Nature.