The increasing flow of vehicles passing through the main access made it necessary to consider an addition that would prevent long waiting lines for visitors and providers of services at peak hours.  The development proposed a project including two additional lanes and a new extension to the building to house a control room for security equipment,   supervisor’s office, sanitary and dresser space for  agents and new access to employees and construction workers. The design was accompanied by a budget including new construction and security equipment for the amount of $ 200,000 U.S. The developer assigned land previously meant for neighbor market “La Europea” for this purpose. 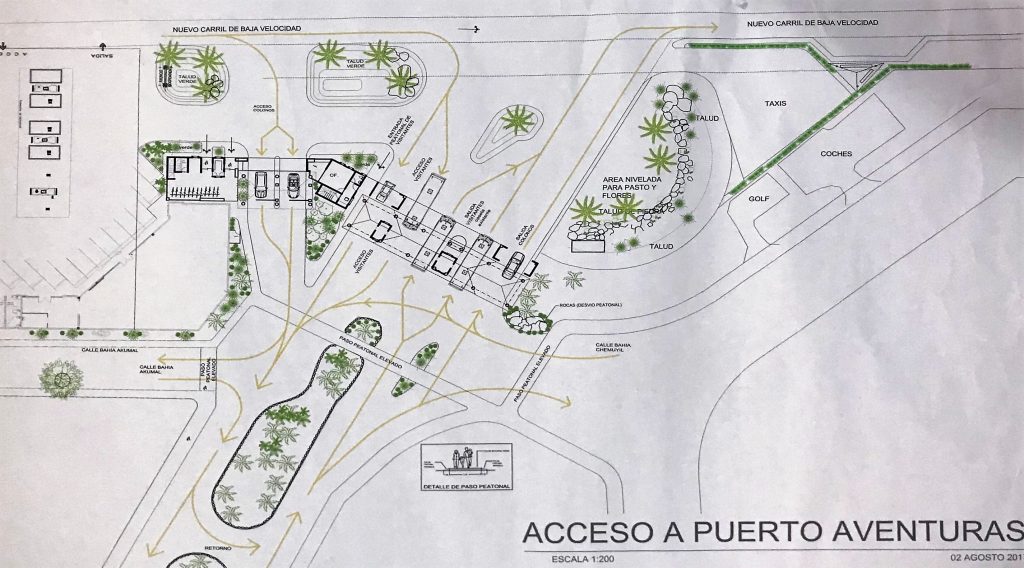 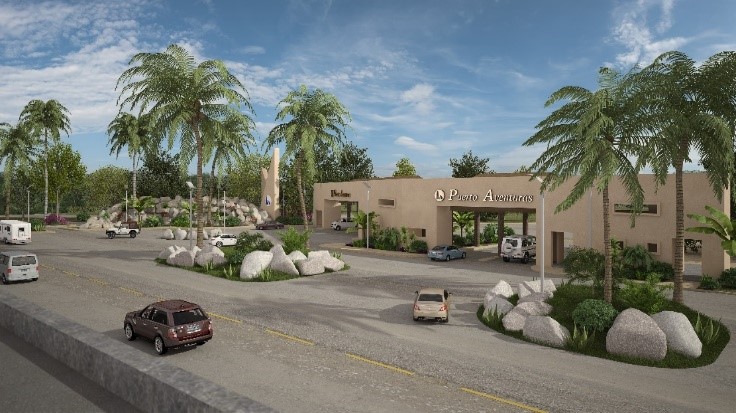 The project was approved at general assembly December 2016 and funds were collected from associates. The President unilaterally decided to cancel the concept and froze the funds in their account.  The concept is as necessary today as when approved. Premises regarding ownership of land by the Developer did not change, the land would be placed for previously agreed use with no limit in time.   The possible change of operator came as result of an announcement by the Board that access would be open to the public in general.  Change of operation was to be for the better and should not have been motive for cancellation.  The Board is now presenting a new proposal to cover unjustified decision by investing the funds in additional security equipment without having the necessary space to house it.

The design approved, apart from facilitating operation, presented an important image to our main access in accordance with our resort.  We must consider that the existing building today was designed and built when Puerto was one of the few developments on the Riviera and all the impressive monumental accesses to other projects had not made their appearance. The investment in the existing building was made by the Development, security equipment were invested by the Association.

The year 2017 characterized by being inactive. The President  applied “the parking break” on Development by postponing work on main access, obligated initiation of Central Park to wait for restitution of  access control, promoted temporary suspension of  nautical station for touristic services by supporting non-authorized operators  and complicated  the recovery of our beaches by refusing to participate and  applying funds to other  areas.

Back to basics….    The Developer builds and creates,    the Association manages and operates.

Puerto Aventuras is far from finished…. So much to be done yet !